Something occurred to me yesterday: The current hubbub about healthcare is acting as a beautifully nasty red herring to confuse and befuddle voters, when the real issue should be radical financial system reform. Like the French would say: Healthcare reform? C'est pour epater les bourgeois, andouille (tr. It's to shock the middle class, dummy!).

It's the old conjurer's trick: get the masses all riled up about a minor tweaking in healthcare estimated to cost $1 trillion over ten years, while the banking lobby is quietly laughing as they prepare to cash their government-sponsored bonus checks, secure in their knowledge that nothing has changed. All thanks to a deluge of $13-14 trillion of public money in one year alone.

Hoot, hoot y'all, are we maybe chasing the wrong fox? Have a nice week ahead. 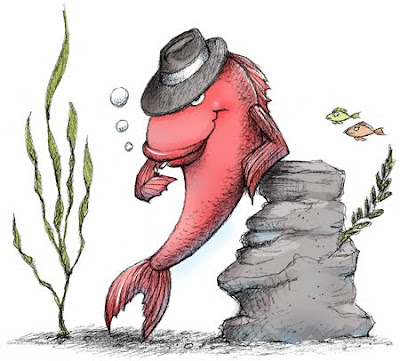 Helathcare Reform As Seen By A Banker
Please don't let me be misunderstood: I am all for Mr. Obama's healthcare reform plan as a first baby step towards meaningful change. But it is puzzling how much political capital he has to expend in order to get it passed, to the apparent detriment of the much tougher fight with the bank lobby.
Posted by Hellasious at Monday, September 21, 2009