To listen to the media talk about it, the current recession is already the worst since the Great Depression. Well, if you were greedy and/or clueless enough to entrust your money to Bernie Boondogle (that's Mr. Madoff to you), yes, it certainly is. Reserve a place at your favourite ledge and ponder the Perfidy Of Man, if you so desire. But don't launch yourself into the void, because we're just not there yet.

Our western socio-economic model had recently evolved into a perniciously short-sighted "finance-trumps-all" type - and the omnivorous media just loved it. They could - and still do - report every little twitch in prices as if they really mattered, grilling regiments of "experts" for their pithy commentary. They called it value-added content, but in fact it was bull. Not as in bull and bear, but as in baloney.

Likewise, today's media-expert-politician ringlet has a favourite sound-bite of vacuous luncheon meat: "The worst recession since the Great Depression".

Oh, no doubt about it: if you are caught in the subprime-financial engineering-speculative leverage-hedge fund-private equity vicious cycle, you are definitely having an Anno Horribilis. But that's NOT the economy - you had only convinced yourselves it was, you self-centered navel gazing schmucks. Go ahead and jump if it makes you feel better (it won't), but don't tell US to come along for the ride, ok? We got a world to run and it doesn't revolve around the P&L of your daily trading sheets. 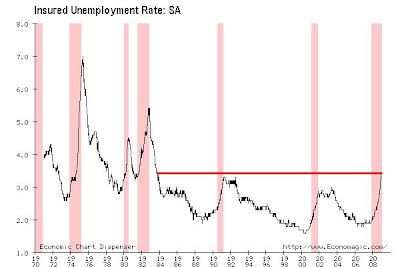 So, why are analysts and the financial press already foaming in the mouth? Because they are judging the world as they see it through their own ash-coloured glasses. A perspective so distorted now as it was back when Madoff was a prince instead of a bum. Amazing what a few thousand layoffs in your closest vicinity can do for your personal view of the world, eh? Yes, a recession is when your neighbor gets fired and a depression is when you do.

All this has consequences for the immediate future, defined as the next six months or so. Contrarians, take note...