Comparisons to the Great Depression are rising to a deafening cacophony emanating from the financial pundit chorus. "Worst since.." is a common opening phrase and a standard qualifier for all commentators - be they economist, banker or politician. President Obama, who should really know better, is no exception.

But no matter how one views this crisis, there is at least one crucial difference between today and the 1930's which completely alters its nature, progress and likely outcome. It is so major and obvious that I am astonished that not more people have picked up on it. The folks at the Fed and Treasury are excepted, of course, but then again they are at the very heart of this difference, so they have an unfair advantage (that's a hint, by the way).
And this is what readers are kindly invited to fill in:

For your guide, what I have in mind can be expressed in one well-crafted sentence, a short paragraph at most. You can then enlarge on it, of course, but it's not necessary to win the contest. Being master of this blog the decision on who is the winner(s) is mine and mine alone.

And what do you win? From the immortal Stones and the late great Otis Redding: Satisfaction and Respect.

Now, for some other thoughts and observations that have been swirling inside by perma-contrarian (markets dept.) brain: 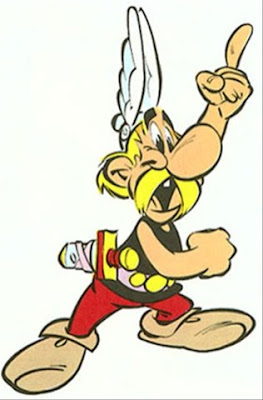 Caelum non caput!
Finally, a new feature: below the fold you will find voting buttons to record your reaction to this post (and all others). It's only fair: if I inflict my views on y'all you have the right to judge without having to write comments. That's what we call swift justice!