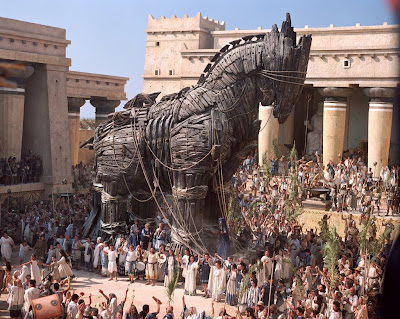 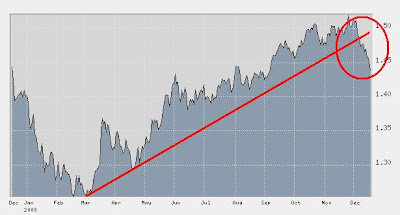 US Dollars Per Euro
Just one month ago I sounded the bell of euro's overvaluation vs. the dollar, having just seen the movie 2012. To use another Trojan allusion, there were simply too many Dollar Cassandras around, and they had even made guest appearances in popular movies. A sure omen of reversal, if ever there was one...
Posted by Hellasious at Friday, December 18, 2009