A Funny Thing Happened On The Way To The Forum

The World Economic Forum at Davos is in the news these days, as it is every year at this time. The world’s leaders - political, business and financial - gather to rub shoulders and, very occasionally, achieve something more than self-congratulation.  Going back a quarter century, however, the WEF wasn't nearly as famous as it is today.

And that's when yours truly comes into the story.. 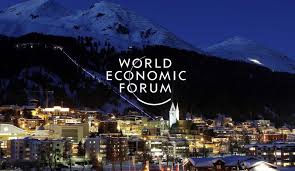 It was around 1992 when I saw an ad in The Economist for a position at the WEF.  They were looking for someone that combined knowledge in engineering/energy with finance. It fit my profile pretty nicely so I sent off a resume, mostly on a lark since I wasn't quite ready to move from the Big Apple to Geneva or some remote village in the Swiss Alps, no matter how glamorous.

About a month later, however, I was surprised to get a call inviting me for an interview to be held in Manhattan.  More surprising still was that the lady on the phone spoke Greek and introduced herself with a last name that was instantly recognizable: a very, very large Greek tycoon shipping family.

She explained that Professor Klaus Schwab - the founder of WEF himself - was in NYC for a few days and would I mind if I met him on short notice?  The meeting would take place at her apartment in Midtown, just a few blocks from my office.  I agreed.

On the appointed hour the door was opened by an attractive middle-aged lady who showed me to the living room and explained that the Professor was running a bit late, would I care for some refreshment in the meantime? A crudites, cheese and cracker platter was set on the coffee table.

We sat down and engaged in some idle remarks which quickly petered out.. that's when I noticed a portrait hanging prominently over the fireplace. 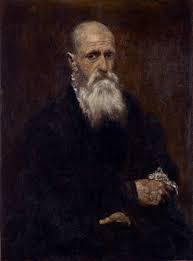 This wasn't the painting, but close enough..

"That's a very nice painting, almost like an El Greco" I said, eager to re-start the conversation.

I will never forget the icy hauter in her voice as she responded:

Professor Schwab came in a few minutes later and we proceeded with the interview, but it might as well have not happened.  My faux-pas with the painting had sealed my fate, since the WEF was - and still is - much more of a diplomatic institution than anything else...

I chuckle every January as news and images from snowy Davos hits my TV...