Faced with massive violent protests in Paris and across France President Macron has been forced to backpedal on his previously announced economic policies. Unfortunately, it’s too little, too late.  Leaders of the popular Yellow Vest uprising (revolt?) have already decided they are not satisfied;  it seems that only Macron’s resignation will do.

But France is only one hotspot of many.

There is a deep malaise in many EU countries: France, Great Britain, Italy, Belgium, Austria, Hungary, Greece, Poland, Slovakia are gripped in some form or another of reactionary populist politics.  The proximate issues may be varied but the root cause is the same: economic underperformance and slipping of living standards for the shrinking middle class.  Macron is the poster boy of a privileged urban yuppie who ignores the plight of the poor citoyens trying to make do in La France Profonde.

It is becoming increasingly clear that the response to the Debt Crisis of 2007-2010 may have saved the financial “system” but it did so at a severe societal price. State bailout costs were passed to the taxpayers, particularly those who were used to a kind, gentle and generous Nanny State. But Nanny’s economy could no longer create the necessary wealth to support them so it started cutting corners.

To use a TdF analogy, cycling downhill makes everyone look like a champ. But once you hit the infamously steep and long cols (climbs) of the French Alps it is only those who train hard that make it. Oh, sure, doping may carry you through for a while but eventually you are either caught or it kills you.  Just like too much debt.... 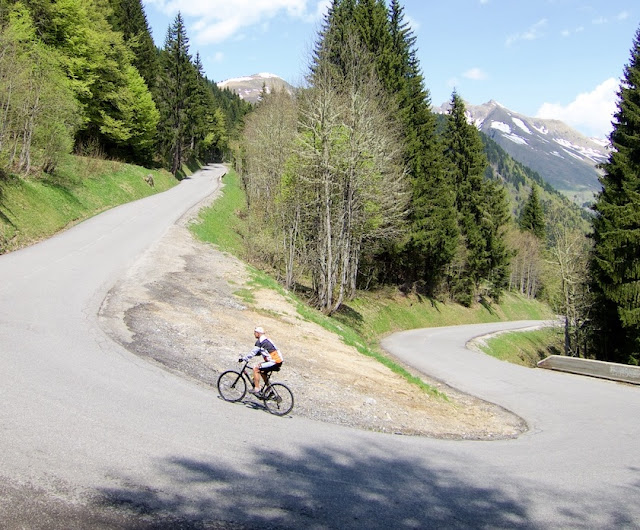 Posted by Hellasious at Wednesday, December 12, 2018