The worldwide number of Exchange Traded Funds (ETFs) has soared 20-fold since 2003 and their assets in the US alone has increased even more by 30 times to $4.4 trillion.  Keep in mind that these are 2019 numbers, so they are certainly higher today. 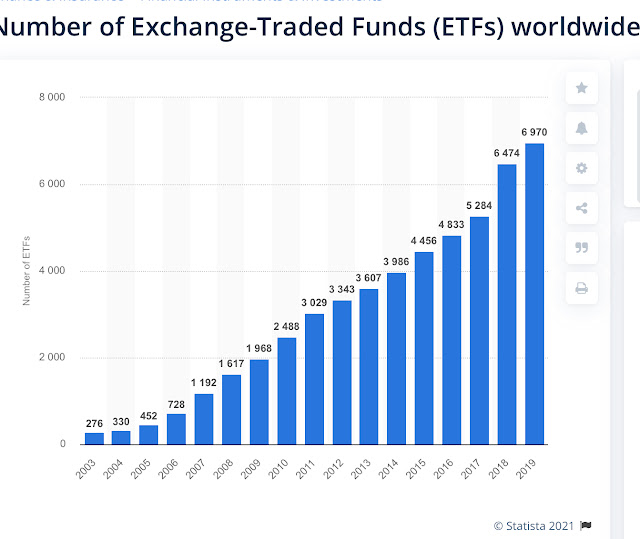 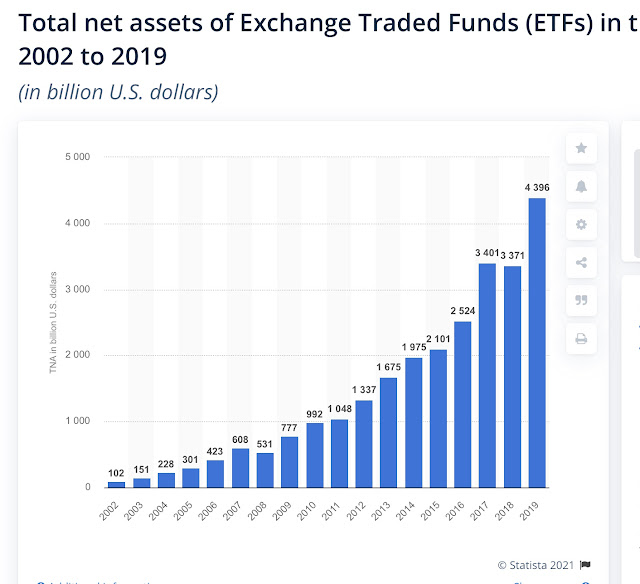 Take a guess what was the most popular retail product for “investors” in the years leading up to the Great Crash of 1929? Yessiree Bob, exchange traded funds - they called them Trusts back then.  And guess what?, just like today they made speculating on margin even more leveraged than regulations allowed. Trusts leveraged their portfolios and then the buyer could again margin the Trust shares on his own account.  So, with margin set at 50% (2x leverage) the investor could ramp his leverage up to 4x  (Some erroneously believe that margin requirements were as low as 10%  and that’s what accelerated the crash, but that’s not so. Margin for stocks was at 50% back then, just as it is now).

Now we have 2X and 3X S&P 500 or NASDAQ 100 index tracker ETFs that go up (and of course down)  double and triple as much as the underlying index. Put that baby on 50% margin and... guess what? Your effective leverage is 6X. If you’re not worried about what that means in a sudden market break...you should be. I mean... seriously, we’re talking trillions of dollars here and those products are 100% retail.

Next subject is Contracts For Difference (CFDs).  You (but not if you’re in the US) can go into your favorite electronic trading platform and buy a CFD on just about any stock or index They are NOT stocks themselves, they are agreements between you and the broker that they will credit/debit your account with the difference between the stock prices shown on the regular exchange at the time of sale and purchase, respectively.  I say it again, you are not investing, you are merely punting on a move, up or down. And again, guess what? Because CFDs are not securities they are not bound by margin regulations and, in fact, are typically margined as low as 2%, ie you leverage 50 times. Yes, fifty.

Ever heard of bucket shops? That’s exactly what they did back in the 1920s. Only thing is, they posed as legitimate stockbrokers because such CFDs were illegal and they often got raided by the police.  But today... OMG they’re legit!! Outside the US, anyway. 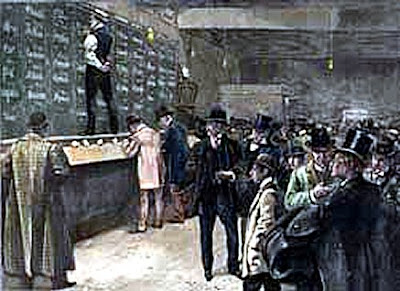 So, dear reader, and particularly if you are an old reader, we’re back to the lunatic alphabet soup era. Back in 2007-08 it was subprimes, bonds, tranches and credit derivatives ABS, CMO, CDS, CDO, etc etc. Today, it’s stocks, funds, ETFs, CFDs and huge leverage.

There’s nothing new under the Sun.  Loonie valuations for “new technologies”(it was radio in the 1920s), lots and lots of small speculators, easy money, high leverage - it all looks awfully similar to 1929. Oh, and just like in 1929 there’s an unshakable, almost religious belief that the market can’t go down because...of a “permanent high plateau” in the economy (1929) or that the Fed will keep pumping liquidity and support markets,  no matter what (today). Remember the 2006-07 meme? Mortgages just don’t default, not above a very small percentage? Right-o and away we go...

Scared yet?  I think we should all be... because a black swan, aka tail event can - and always does - appear out of nowhere. More on that tomorrow...

Posted by Hellasious at Saturday, January 23, 2021