When the dust settles after Mr. Biden's $1.9 trillion, the US government will have printed and distributed upwards of $6 trillion dollars to its citizens - that's almost 30% of GDP - in just 12 months.  Think about it: that's $18.000 for every single American, adult and child alike.

In effect, the US has "charged" everything to its its FedBank credit card, claiming that this gigantic debt spike is not worrisome because interest rates are so low that it can easily keep up the monthly payments. 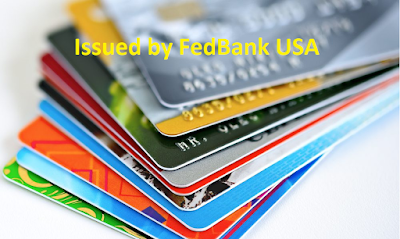 Let's do a quick and dirty calculation: total government debt (Federal only, mind you) will reach $30 trillion this year. As of Jan. 31 2021 the average interest rate on all federal debt was 1.7% (was 2.4% last year).  Applied to the $30 trillion it translates to $510 billion per year  vs $522 billion last year - and that's why the Treasury thinks all is OK. But what if (when..) interest rates rise?

Here's a chart comparing Debt/GDP with average interest rates paid  by the government on its debt. 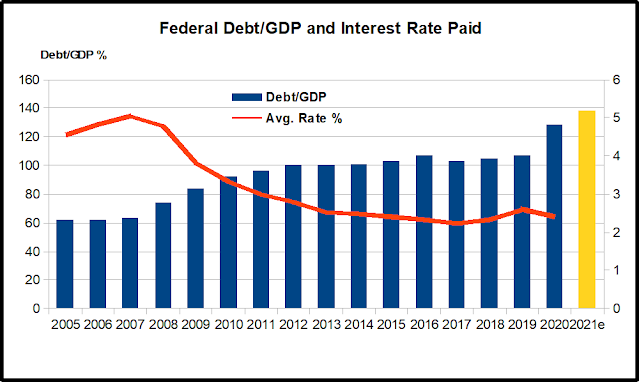 Compared to just before the Great Recession, aka the bursting of the Debt/Real Estate Bubble, debt to GDP has more than doubled from 60% to an estimated 137% by the end of this year, placing the US squarely in the highly indebted nation league along with Greece, Japan, Italy. However, interest rates have come down from 5% to 1.7%, thus keeping a precarious balance and kicking the can down the road.  But for how long?  After all, this extra debt was not invested in infrastructure, education or productivity improvements to make the American economy stronger, to increase its capacity to add value.

Instead, the money went to a) bail out financial institutions (2008-10) and b) fuel a massive consumer spending and financial asset bubble (2016-now), plus cut taxes on corporations and the uber-rich. Certainly not a good way to max out the FedBank credit card.

So, when interest rates rise (and they are already rising) who, when and how will pay the credit card bill?  Let me put it another way: would you keep lending unlimited amounts to the profligate prodigal son at near zero interest rates?  Would you keep accepting his promissory notes (and profuse promises) at face value?  Or will you start meting out some tough love?