Forecasting is ancient business. The Greeks, for example, had several oracles who provided godly prophecies in exchange for cash and gifts. Business was particularly brisk in Delphi, where Pythia sat on her tripod in a fume-induced trance to produce the ancient world’s most famous and prestigious omens. A whole rich town developed around her, complete with huge temples to Apollo, a big theater, a stadium and, yes, banks (they were called thesaurus - Treasuries).

The Thesaurus (Treasury) Of Athens In Delphi

Like all prophecies, hers involved both art and science. A team of experts (Apollo’s priests) carefully weighed who asked what before “interpreting” Pythia’s conveniently incomprehensible mutterings for the paying customer. The priests were sophisticated professionals, very up to date on global political, military and financial affairs, since clients came from all over the known world. Meaning, the resulting "prophecy" had everything to do with who and when asked for it.

A Delphic prophecy was highly sought after because it provided a kind of official public endorsement: for example, a king was not likely to go to war without first consulting Pythia. It then became a matter of cash-lubricated geopolitical negotiation to obtain the most propitious omen.

Did oracles make mistakes? Never! If the priests found themselves in a bind between conflicting interests, they would use the famously contorted ancient Greek grammar and syntax to compose completely ambiguous omens.  Or, if they did actually make a (rare) mistake in their original assessment, they would resort to Apollo: the customer must have somehow offended the god after the omen was tendered, so the prophecy became null and void.

Today I got my regular morning e-mailed update from Bloomberg.  On top was an article proclaiming that "the Fed's army of more than 400  PhD economists has a message on inflation for policy makers and the American public: Chill out."  They expect inflation to fall back under 2% in 2022 and claim that their track record is better than Wall Street's or other private forecasters.

I don't know if they are right longer term, but a year ago the same Fed staff PhDs were anticipating a rise in inflation from 1.3%, but nowhere near today's 5.4% (their consensus was around 1.7%). Therefore, the relevant question to ask of the 400 priests... errr, economists... is this: why was your prediction so very wrong?

This is my opinion on the matter:

Forecasting is 99% looking at the past and casting it forward, expecting it to repeat. This usually works pretty well, particularly if you possess the mountains of raw data and computing power of the Fed (those 400 PhDs...).   We call the process Econometric, the ancient Greeks called it Delphic.

But if the econometric formula itself is only validated for a certain limited time period in the past,  when the economy did not exhibit big fundamental shifts, the data will go in and produce erroneous, or possibly disastrous, results (omens).  We have already lived through exactly such an event with the collapse of the Great Credit Bubble in 2008.

In that case, all the mortgage securitizarion, tranching  and credit derivatives were based on a formula that was validated only back 30-40 years, when mortgage defaults never exceeded 3-4% at most. It presumed this would also hold in the future, with disastrous results. Had the financial engineers gone back and included default data from the 1930's this would have never happened.

Today's forecasters may be making the same mistake by failing to take into account how interconnected today's global economy truly is. By not tweaking their formulas to calculate the effects of just-in-time commerce on consumer prices or, perhaps even more importantly, the Fed's own unprecedented cash deluge, which may result in asymmetric, even exponential inflationary effects.

Or, it may just be that the priests do not want to upset the paying customer who insists on 2% or less.. 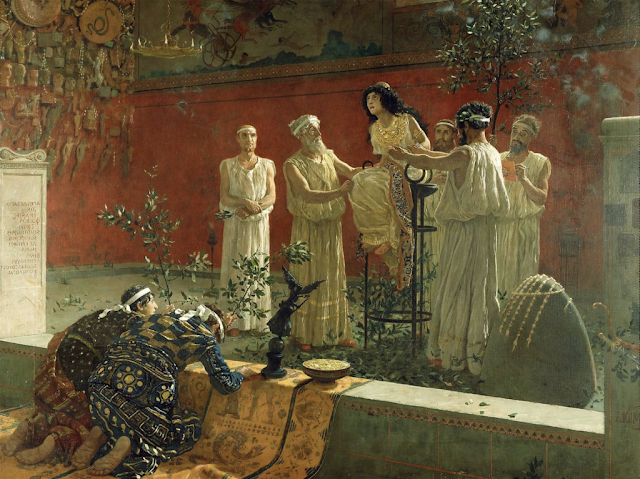