Add It All Up

When analysts calculate government debt to GDP ratios they almost always make two mistakes when it comes to the US:

Add all the debt together, and the official, government sector now owes almost $40 trillion, or 174% of GDP - see chart below. Some may say that GSEs aren’t “really” government obligations, but look closely at what happened in 2008-11. That’s when the Federal government bailed out all those GSE mortgage lenders.

Therefore, the US government is now the world’s fifth most indebted, right up there with the likes of Greece, Sudan and Eritrea… but, we continue to whistle past the graveyard. 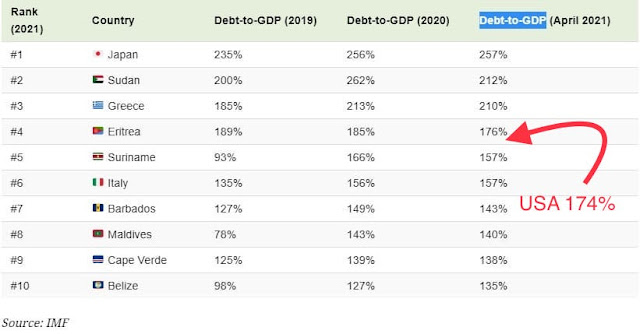