The Fed, Plus Risk On/Off Mode

First, about the Fed.

I believe it is very, very early in its interest rate battle against inflation. The chart below shows that it has taken only baby steps in tightening: look at how drastically the blue and red lines diverge, mostly because the FedFunds rate I still so very low versus inflation, current and expected. So, there is much more upside to come. 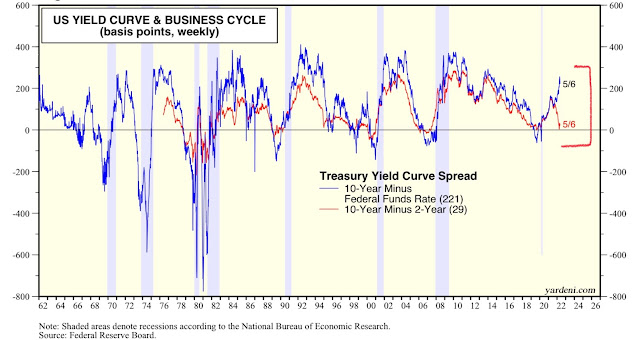 Spreads between junk bonds and Treasurys are still very near historical lows - unrealistically low, in my opinion. I believe investors  are still expecting (hoping) that there won’t be a full blown-out recession in the near future, so they’re still pretty blasé about bankruptcy risk. 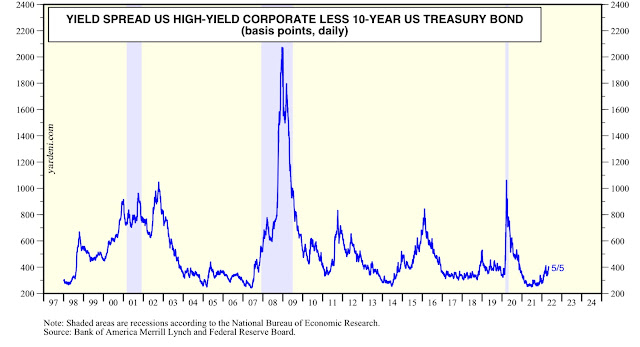 Putting the two together:
The Fed still has a long way to go in raising rates, meaning things will get much more challenging for the economy in the near/medium term. Investors don’t seem to appreciate this risk, so they’re still pretty much on Risk On mode - dangerously so.
(Both charts come from Yardeni Research. Their interpretation is mine alone.)