Crude Oil, SPR And US Elections

The US is the world's largest petroleum consumer.  It is also the largest producer, but domestic production does not cover its needs, so the US is also the second largest importer of crude oil, after China. The country, therefore, prudently maintains a Strategic Petroleum Reserve (SPR).

Given developments in Russia/Ukraine, the SPR is currently being drawn down at a very rapid pace (see chart below) and it now stands at the same level as in 1984. 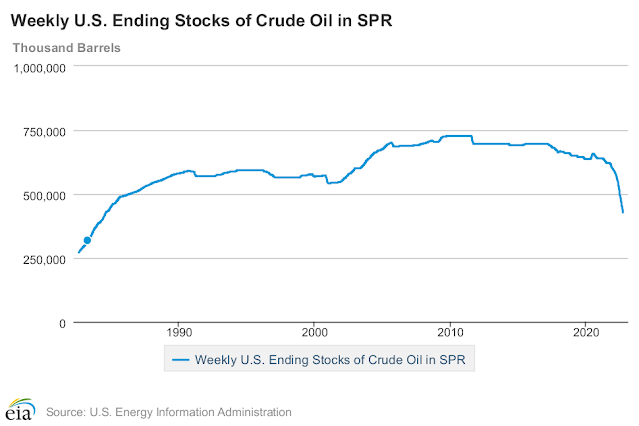 The SPR now amounts to just 21 days of consumption, down from 33 days in mid-2020 and lower than even in 1984 when it stood at 29 days. Predictably, oil prices peaked a few months ago and have been coming down as more and more oil is being released from the SPR - not a coincidence, of course. 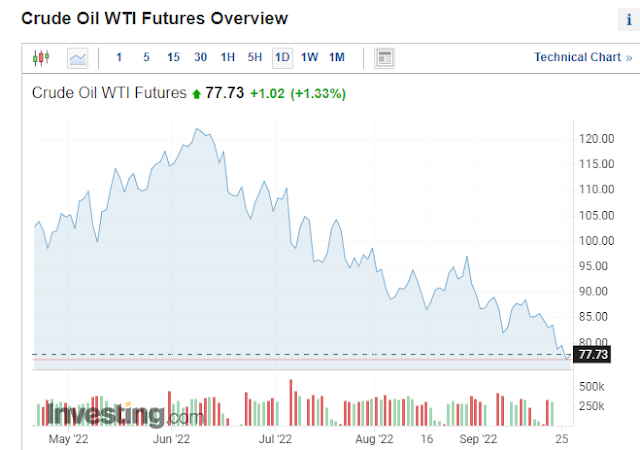 Given political priorities - crucial US midterm elections are coming up in early November - the SPR drawdown is probably going to go on until at least then.  Anyone familiar with US politics knows that nothing, and I mean nothing, is as important for the average American voter as the price of gasoline at the pump.  After reaching and even surpassing $5/gallon in midsummer and creating howls of anger, it has now come down to around $3.75/gallon.  Still high, but better than the psychological barrier of $5.

What happens after November 8 is anyone's guess, yet the US cannot continue emptying the SPR given the present geopolitical risks, which include a significant risk of a crisis in Taiwan.  Another factor is the resumption of increased oil demand from China, which reduced consumption during lower economic activity due to strict and widespread COVID lockdowns, now being lifted.

Posted by Hellasious at Wednesday, September 28, 2022