It’s Not Time For A Maggie

The UK’s new (unelected) Prime Minister just announced a raft of new economic measures. Basically, it’s  old school Thatcherite trickle-down voodoo economics, and completely unsuited for today’s needs. But, hey, if all you got is a hammer everything looks like a nail, right?

Markets immediately voted nay, and strongly so: the pound, bonds and stocks all plunged in tandem. Honestly, I don’t think I have ever seen a major western nation’s bond market ever collapse like this. Yields on the benchmark 10-year Gilt soared by 65 basis points in days and a total  200 basis points in a month. 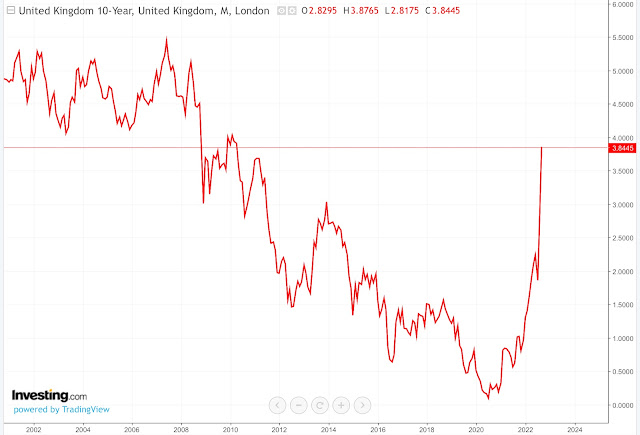 The world has moved on from the 1980’s. Government debt is heavy and central banks are stretched beyond breaking (more on that in the next post). You simply can’t make things right by cutting taxes on corporations and on the rich. Quite the opposite in fact..

Posted by Hellasious at Sunday, September 25, 2022