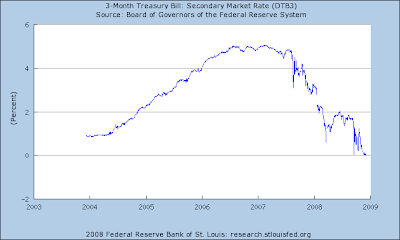 I will, thus, say it once more: instead of allowing this deleterious process to drag out for years by attempting to preserve debt (as the Fed and Treasury are doing now), we must instead allow it to be destroyed, to be liquidated in as orderly a fashion as possible, as quickly as possible.
Posted by Hellasious at Wednesday, December 10, 2008