Ignoring current reality while drawing false lessons from history can be very dangerous. Just ask the French generals who overlooked rapid advances in mechanized warfare after World War One and built the Maginot Line, instead. 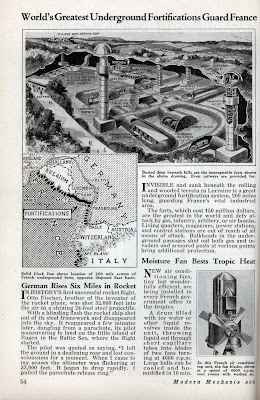 Today, the Fed and Treasury are institutionally scarred by - and scared to death of - the deflation monster which devoured the US economy during the Great Depression. Responding to the current crisis, they are throwing up vast walls of public money to surround failing private financial institutions, intending thus to prevent the monster from entering and mauling the real economy. That's a dangerous fallacy.

I agree that preserving the public's trust towards financial institutions is important; no one wants a repeat of 1930's bank runs and closures. But that's not enough - not by a long shot. What ails the economy today is completely different from what sickened it during the Great Depression and requires radical surgery, instead of massive doses of vitamin C.

Let's start with the diagnosis.

Today's problem is a rapid and accelerating depletion of the Earth's biosphere caused by the one-two combination punch of increased activity by a rising population. In plain language, more people wanting more "stuff".

This "illness" is aggravated by two relatively recent developments: 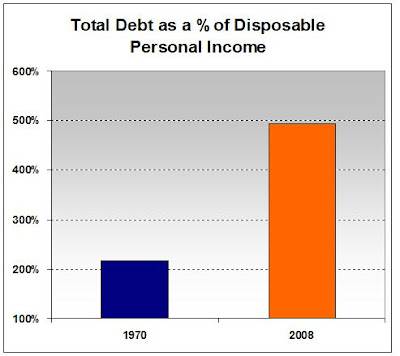 Data: FRB Z1 Release
The faster rate of biosphere degradation is firmly connected with the explosion of debt, since the latter enabled an inordinate acceleration of consumption and thus usage of resources and higher pollution.

Let's go back to the Fed and Treasury. Yes, it is likely that current initiatives will succeed in flooding the system with dollars; after all, it's just (fiat) money. And, yes, it is likely that they will thus engineer a "thaw" in money and credit markets and probably in equities, too. But if that's all the government does, then the cheer will be short-lived.

If we myopically focus on mere GDP boosting via renewed lending and consumption, then we will quickly suffer from a whiplash as the real economy continues to deteriorate, weighed down by the "external" biosphere costs that we have so far ignored in our global accounting books.

I don't know how soon we could, or should, declare a partial "victory" against credit market troubles. But I do know that if we do so and then rest on our laurels in the belief that we have successfully avoided the worst, then that would be our worst mistake. Because what we need, instead, is a radical break from our conventional growth-at-all-costs groupthink, a declaration of war against black energy, massive investments in green energy and organic food and, yes, a serious re-think of our current pension schemes that depend entirely on Permagrowth.

Otherwise, best be on the lookout for the panzers.

P.S. I am personally much more impressed and touched by the message provided by Michelle Obama's planting of an organic vegetable garden in the White House than just about anything done by Bernanke, Geithner and Co.