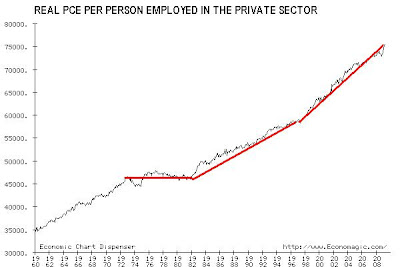 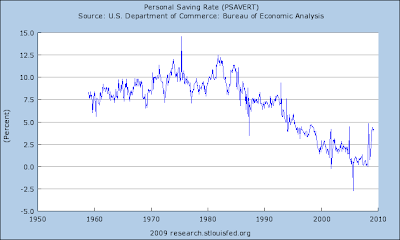 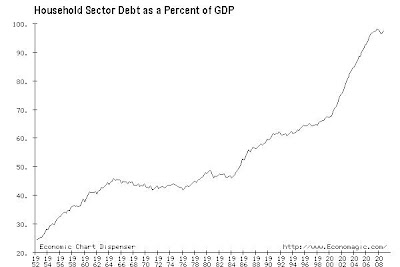 Household Debt as Percentage of GDP 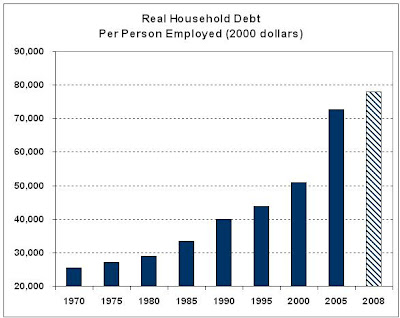 Real Household Debt Per Person Employed (2000 dollars) Data: BLS, FRB
What does this mean for today's credit-challenged economy? It means that it cannot bounce back as fast as it did in previous recoveries (a.k.a. V-shaped), because debt can no longer act as the potent catalyst for consumption (70% of GDP).

Therefore, the signals now flashing from the financial markets are very likely too optimistic. The stock market, in particular, is discounting a future for private consumption and corporate earnings that would have been possible, even probable, twenty or even ten years ago but cannot happen now.
Posted by Hellasious at Monday, May 18, 2009