Wisdom From The Geese

I was at the beach yesterday, watching a large flight (gaggle?) of geese aloft a perfectly blue sky circling and weaving, forming and breaking up, apparently preparing for their long trip south. So soon? Is the summer already over? I puzzled. But of course it is, came the answer embroidered in beautiful sky-swirls, at least if you are a cautious migratory bird. 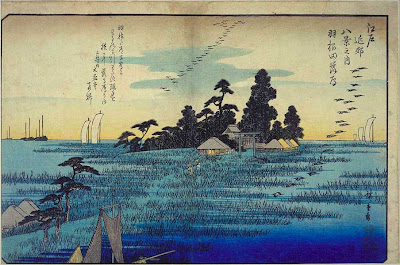 And thus came the thought that, after a spring of economic thaw and a summer full of green shoots and blooms, there may come an autumn chill and a winter of discontent. Why do I think so? In a word, because of "crisis".

Crisis here, crisis there, crises everywhere. The world is awash in "Crisis", the word liberally slathered onto every news item and analysis. In my discussions with shopkeepers and small business owners (I always talk to them to get a sense of the real economy) it invariably pops up: "...it's the crisis, you know..", and they shake their heads. But they always go on to say that they expect things will get back to "normal" next year, next season, next whatever cycle they operate on. When I ask them why, their answer is based on only two items: (a) hope and (b) the recent performance of financial markets, a.k.a. the Dow Jones Industrial Average. (Ain't propaganda grand, in all its modern ticker-tape manifestations?)

Well, I think it is entirely misleading to describe the current state of affairs as a "crisis". The term denotes a sharp, but short-lived condition leaving behind an aural after-taste that everything will be OK pretty soon. Particularly, when combined with talk about massive doses of monetary and fiscal sauce being poured over the cooked goose of the economy.

Instead, we should be using a terms like Stagnation or "The Long Emergency" (note: I am NOT fond of Mr. Kunstler's tirades and expletive-laden tent-revival style. But this book is not half bad).

Let me give you reality from the trenches - well, the sand dunes...

Yet, financial markets are basking in the sun and blue skies of summer...

And that's precisely the contrarian wisdom of the geese: if you know that winter is to come start your trip south when the weather is good, not when the storms are already upon you. Otherwise you are very likely to end up on a rocky coast as a pile of smashed feathers and bone.