We have heard of project finance, debt finance, LBO finance, islamic finance... we have even heard talk of Green Finance (self serving smile). But until yesterday, we never had the pleasure of Shut Up Finance.
As with indoor skiing when outside temperatures reach 120 degrees Fahrenheit (50 C), seven star hotels and artificial islands shaped like palms and world maps (see below), the dubious distinction for most uncouth bond salesmanship belongs to none other than Dubai. 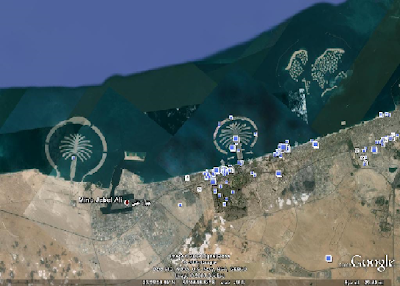 Hubris As Seen From Space
The emirate's ruler just said the second half of its $20 billion bond program will be “well received,” and that those who doubt the unity of Dubai and Abu Dhabi (the United Arab Emirates' petro-wealthiest member) should “shut up”. The "unity" in question is, of course, all important since the first $10 billion was bought entirely by the U.A.E.'s central bank and has been used in part to bail out the developers of said artificial islands and other such hubristic extravaganzas.

The bailout money is sorely needed because Dubai is... well... broke. Since it has no hydrocarbons to call its own, the tiny nation first rose to prominence as the playground of other, notionally abstemious, Arabs residing next door. It then went on to blow its own bubble on a sea of easy credit, margin and rollickingly speculative share and real estate markets.

To grasp the magnitude of hubris at the Gulf bubbledom all we need do is compare "before" and "after" pictures from downtown Dubai. 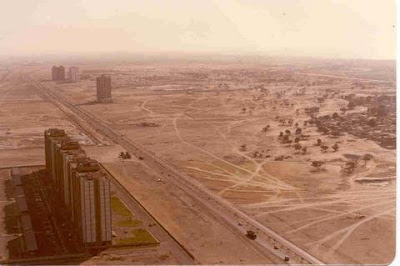 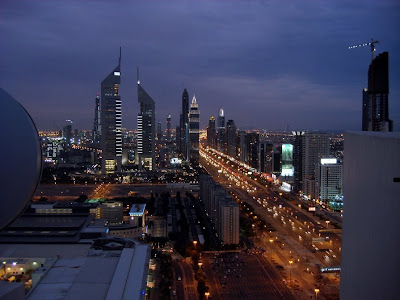