I have a bunch of friends, both inside and outside the finance business, who vehemently claim that countries cannot and do not go bankrupt. Their position obviously flies in the face of history (Ottoman Empire, Czarist Russia, Argentina... and a whole bunch of others), but they keep on insisting. Unfortunately, they have been in good company (well.. bad company) at least since the 1970's when Walter Wriston, then CEO of Citibank infamously proclaimed that "countries don't go bust". A decade later the Latin Debt Crisis nearly sunk a number of major US banks, Citi included (they were ultimately bailed out by the Brady Plan).
I think what my friends really mean is that in today's financial world countries could (and do) go bust in essence, but then get bailed out by the likes of the IMF, other central banks or creditors' groups.

However, it looks like things are about to change; that a shift of tectonic proportions is taking place in - of all places - tiny Iceland. 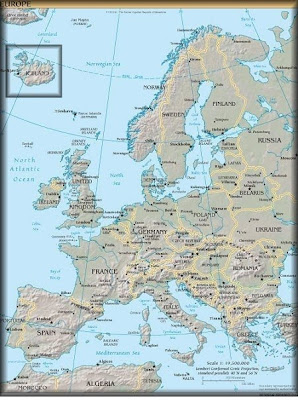 Iceland: Unlikely Hotbed of A Debt Revolution?
I am not going to repeat what went on there during the credit boom and its aftermath - you can read about it here. What is more important, however, just took place a couple of days ago: the country's people have forced a referendum on the issue of their government borrowing $5 billion to repay foreign depositors (mostly Brits and Dutch) of three failed Icelandic banks. Simply put, The People of Iceland are angry at having to foot the bill for private transactions gone sour. (If you prefer Latin, Vox Populi Deus Irae.)

Can you blame them? Or, to use a more visual approach to the matter, just look at the wonderful sculpture below. 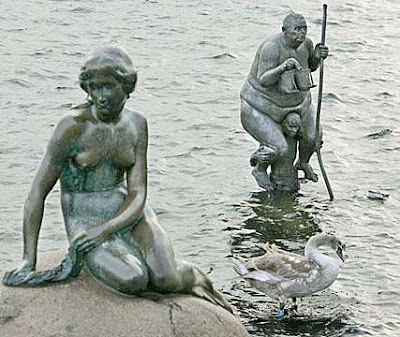 Survival of The Fattest
Posted by Hellasious at Thursday, January 07, 2010