The drumbeat against the euro is increasing daily.  It will fall apart, it will be limited to a hard core of Northern countries, it was a bad idea to begin with, you can't have uniform monetary policy without uniform fiscal policy, etc etc. The cacophony is so loud it is making common sense impossible to break through, particularly since "the free market" is screaming at the top of its lungs.
Let's try some perspective on that "free market", eh?

Have a nice weekend...


PS  A friend in the business sent me this picture today.  While I may not exactly agree with it, it is definitely indicative of sentiment towards Germany these days... 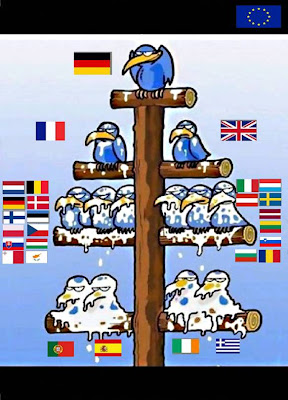