The Greek economy is finally growing again. Official projections put real GDP growth for 2017 at 1.6% but many think it will be less, closer to 1%.   I disagree with the lowball estimates because, as always, the devil is in the details.

In my opinion current euro (aka "real") GDP numbers are more valid in an economy going through a long period of deflation because GDP deflators can be very tricky in such circumstances. For example, Greek CPI jumped from -1% to +2% in just a couple of months early in 2017. 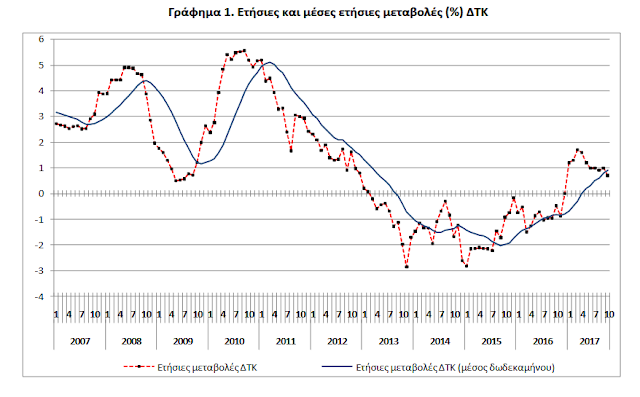 The latest 3Q GDP growth number in current euro came in at +2.1% versus 3Q2016, the highest since 2008.  Also, GDP has been growing for three consecutive quarters, also a first since 2008. In contrast, "real" growth came in at just +1.3% showing just how noise in the CPI series can affect popularly reported GDP. 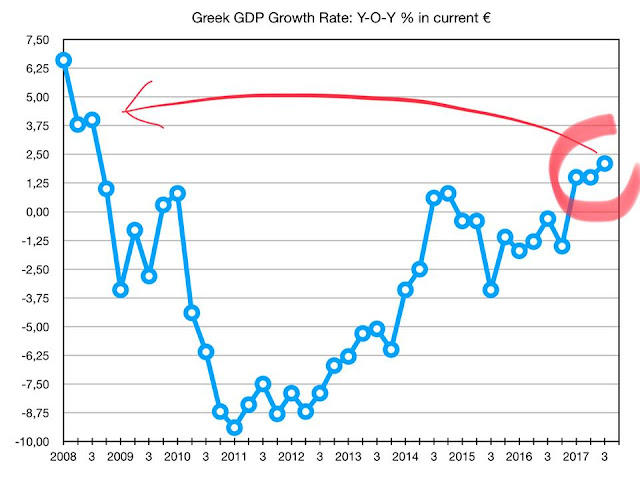 Being an engineer by training, I prefer to pay attention to more basic data such as electricity consumption.  Looking at the chart below, it is clear that the Greek economy is rebounding strongly in 2017 when compared to a weak 2016, particularly in the summer tourist season which went very well this year. As of October electricity consumption is up 3.8% year to date versus 2016. 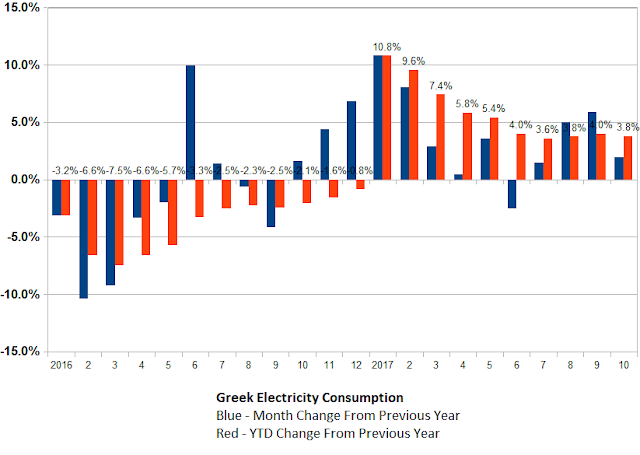 Posted by Hellasious at Tuesday, December 05, 2017