Never mind the obvious questions, eg its 800 km to the Yemeni border, could air defense be so inept at such an important installation?...

The major issues here are three: 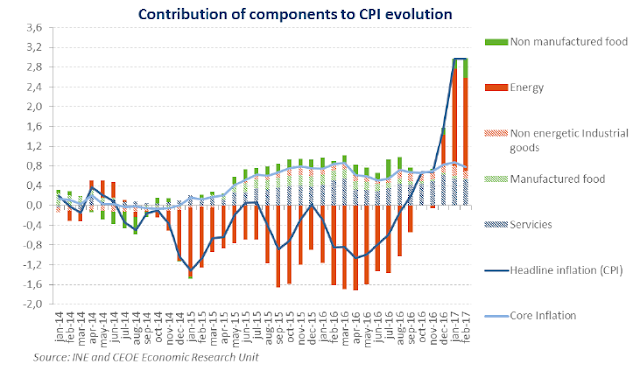 It is my firmly held belief that prolonged negative interest rates create many more problems than they solve.  For one, they demolish the very foundation of banking upon which  our entire socio-economic model is based. Oh, they're ok as an emergency measure for a very limited period of time - a bit like morphine: fine on the way to the hospital or in field conditions, but after that you create addiction.

This is were we are today: our economies have become ultra-reliant on soporifics, opiates and hallucinogens.  Markets can only justify their lofty levels by assuming that the cost of money will remain zero, now and ad infinitum (in bubbly markets, forever is a week).  That's the hallucination part, by the way.

So, could a spike in crude prices drive a spike through the heart of Money For Nothing?  Don't know, but it's certainly a (c)rude awakening...

Posted by Hellasious at Tuesday, September 17, 2019