A day before Mr. Biden’s inauguration I posted on my personal FB page that the US is “mindlessly hurtling towards civil war” and a friend called me “a bit dramatic”. But, Mr. Biden in his speech called for an end to the “uncivil war” in America.  As he said, “I get it”. Question is, what does he get? What must he, his administration and both Houses now controlled by Democrats do to prevent a “real” civil war?

In yesterday’s post I presented jobs data to point out the declining fortunes of America’s once mighty middle class.  Today, I present data from a Pew study on income and wealth inequality. As usual, pictures are worth thousands of words - after all, I did study engineering (smile).

First up, the income gap between upper and middle class households is rising and, even more importantly, the middle class share of aggregate national income has plunged while that of the higher ups has soared. As an Army field officer would say, the center is not holding.. 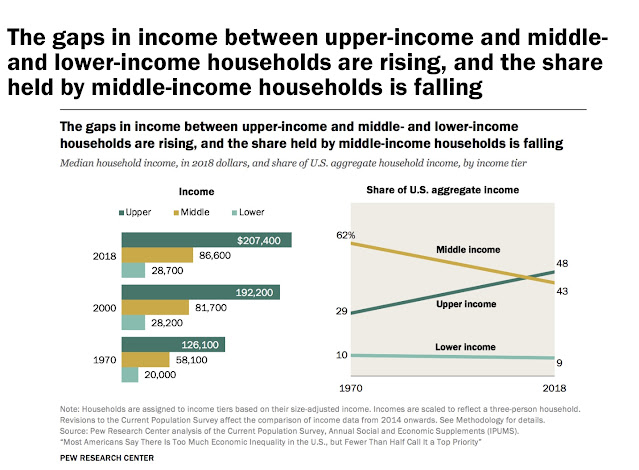 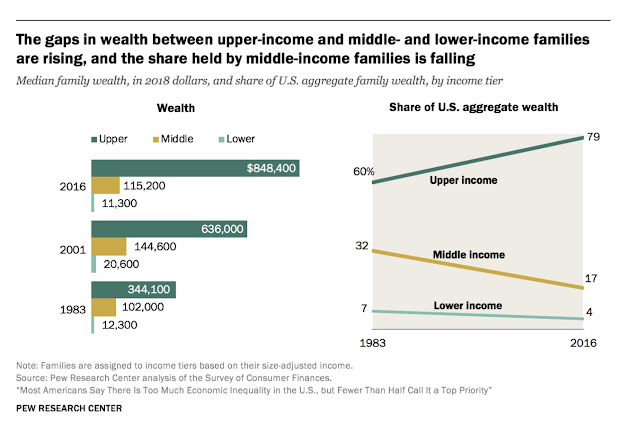 This is not about the rich getting richer and the poor poorer. Sure, that’s always bad, but not nearly as consequential and dangerous for the very existence of the American Empire as the middle class getting whacked, while the rich get incredibly richer.  It results in a paycheck to paycheck subsistence/existence, addiction to online pass times, poor health, anger and depression. The rich become trillionaires (!!) jetting to Aspen, Dubai and Zermatt, while the so-called middle class stays at home with Netflix and Twitter.  That’s definitely not “fair” and certainly not the American Dream.

Who is to blame? Wouldn’t you know it, Americans blame it on losing their jobs to China (what I pointed out yesterday) and a tax system that favors the rich. 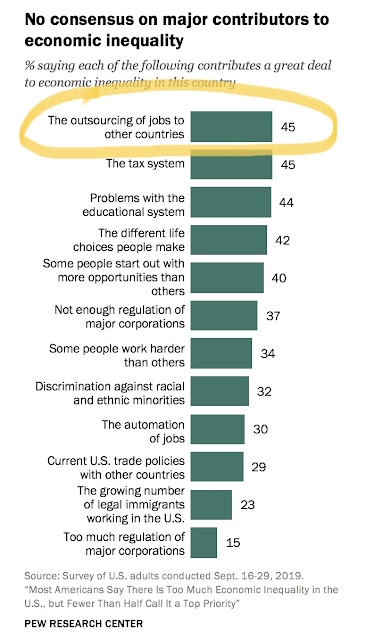 And who do Americans expect to fix these inequalities? The Federal government and big corporations. 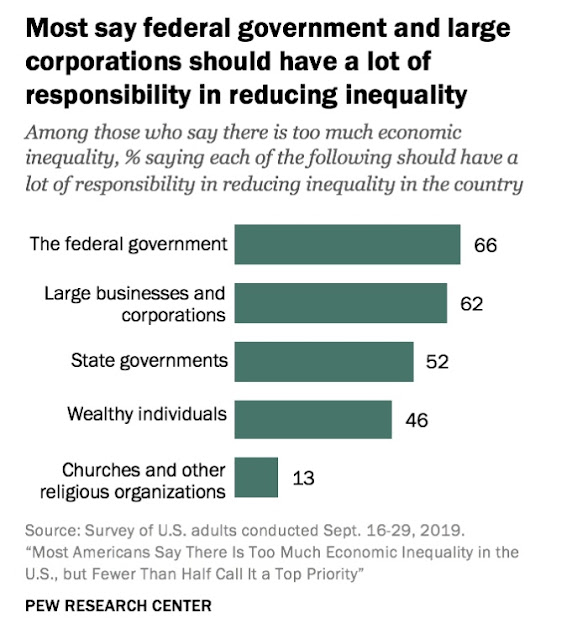 Bottom line, Mr. Biden has his work cut out for him.  Americans don’t want handouts, but good jobs and a fair tax system that makes corporations and the wealthy pay more in taxes.  The next few days and weeks will show us if Mr. Biden truly “gets it” and starts to rebuild the American middle class.