Evergrande As Lehman? No, But…

Is Evergrande China’s Lehman? No, it isn’t. But it may very well be its Countrywide Financial.

Countrywide rose spectacularly on the back of the US real estate bubble by writing an enormous amount of home mortgages that were packaged by Wall Street into all kinds of MBS (mortgage backed securities). At the top of the bubble, lenders couldn’t care less about the creditworthiness of the borrowers.

Countrywide’s collapse was one of the first signs that the Credit Bubble had burst. Its stock started plunging in mid 2007 and the company was bought out by Bank of America in January 2008 (BOA has regretted it ever since).

Lehman, on the other hand, filed for bankruptcy much later, in September 2008. 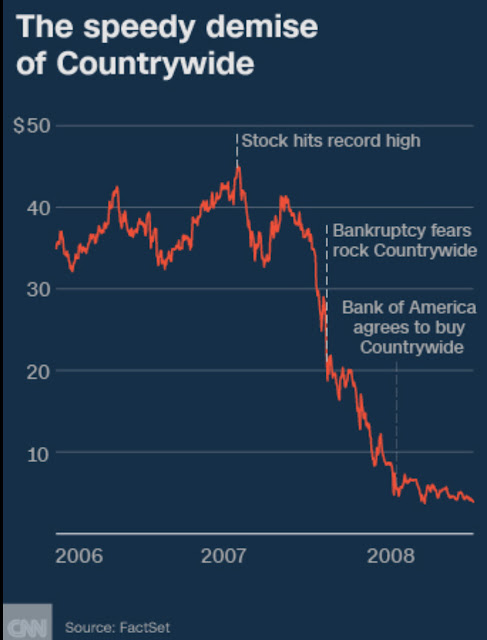 Evergrande is one of China’s largest real estate developers, concentrating on building and financing huge residential properties. It finances its projects through… did you guess it?… bond-type investment products sold to retail and institutional investors. So, no, Evergrande is not Lehman. But it looks awfully similar to Countrywide. 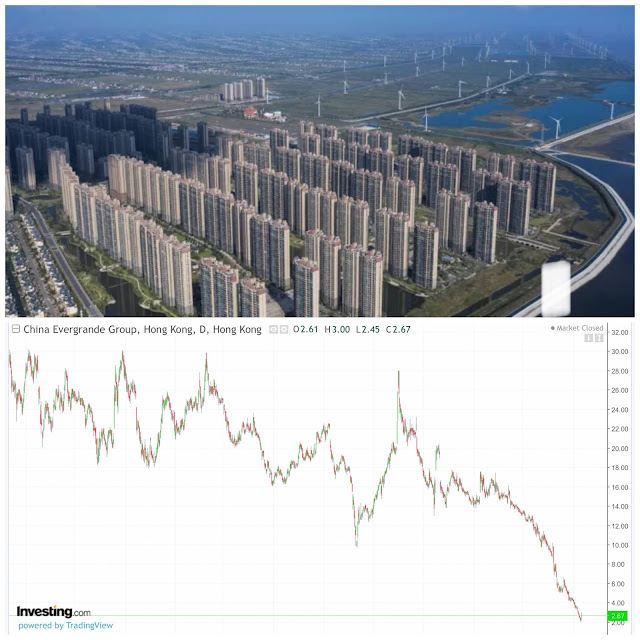 Posted by Hellasious at Thursday, September 23, 2021