The Middle East is ABC

As the tragic events in Gaza continue to unfold, mirroring countless similar ones over the previous decades, I have a suggestion: make the entire Middle East geopolitically irrelevant and let's the rest of us stop stirring this hornet's nest. How? Reduce and ultimately stop using crude oil and natural gas as prime energy sources.

No one who has even a smattering of historical knowledge about the area would dispute that the Middle East is ABC: All 'Bout Crude. A truly excellent source is Daniel Yergin's classic book "The Prize", for which he won the Pulitzer Prize.

I am not going to even attempt to apportion blame for the essentially internecine slaughter that has been going on between Jews and Arabs - both are Semites - since at least 1947, when the modern State of Israel was founded. All I am saying is that the region's importance as a source of hydrocarbons intensifies and gives singular importance to their conflict. Our insatiable thirst for oil generates resource wars, by proxy in the past and with our direct involvement more recently.

Seen from another viewpoint, if peoples in the region did not have all this petro-wealth to "divide" between them as oil owners and/or "watchdogs" respectively, the fight would be pretty meaningless from a global perspective and would quickly devolve into a regional spat over water rights.

Obviously, both Jews and Arabs would hate such a development. I am convinced that one of the reasons they keep fighting each other is to keep the rest of us involved, one way or another. This may have been understandable in the past, when resource depletion and climate change were irrelevant as factors driving geopolitical priorities, but this is clearly no longer the case. We cannot afford to keep on with the present carbon-as-usual economy and MUST move on to the Green, Renewable and Sustainable model. 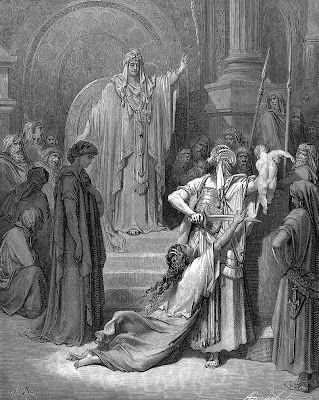 Addendum: Someone is getting this exact message. And guess who it is? The Arab oil exporters who wish to maintain their relevancy. Here is an article from the NY Times: Gulf Oil States Seeking a Lead in Clean Energy.

The crown prince of Abu Dhabi, the wealthiest of the seven emirates that make up the United Arab Emirates, announced last January that he would invest $15 billion in renewable energy. That is the same amount that President-elect Obama has proposed investing — in the entire United States — “to catalyze private sector efforts to build a clean energy future.”